Phe Bach’s Poems: AWAKEN: Buddhism, Nature, and Life A Vision of Poems for West and East

Thank you so very much for buying this book/apps to support my charity work.

Your continued support is greatly appreciated. Thank you for making a difference and making the world a better place to live. May you find joy and peace while reading my poems.

First, a very special thanks to those who made this book possible: Dave De Ruysscher, MaiTram Le, Simone Brinkmann-Robinson, Professor Thai Nguyen, Dr. W. Edward Bureau, Victoire Chochezi, Melissa Mercado-Cardenas and Caren Daniels-Meade for proofreading and editing and Helen Alexander, Nguyên Giác, and Trần Trung Đạo for writing the introduction and book reviews. Second, from the bottom of my heart I give thanks to my friend, Daniel Gilbert Valencia and his wife Kate, in supporting him, to make this app available. Third, a special thank you to Triet Tran for his layout and design. All of your friendship and encouragement is invaluable and greatly appreciated. Lastly, I would like to thank my wonderful sisters and brothers for their constant support and love.

Above all, my parents provided me with their never-ending unconditional love and admiration. Finally, I would like to send my heartfelt appreciation and thankfulness to my beautiful wife Thanh Trang and my handsome sons Xuan Khang and Thanh Kiet for the source of life, of love, and of inspiration.

When I was asked by Phe Bach to write a few words to introduce his book of poems Awaken: Buddhism, Nature, and Life – A Vision of Poems for West and East, I found myself in some sort of a quandary and had the impression that the poems were not originally written in English, but translated from a Vietnamese version. I sent Phe Bach an email and asked him if my impression was correct and told him that many a time I had to close my eyes and imagine what the imagery could have been if a correspondingly selected word had been Vietnamese since the diction in English did not convey the feeling and emotion that I thought the Vietnamese word could have conveyed. Phe revealed to me that most of the poems were in fact written in Vietnamese and some in English and that he only translated them loosely just to get across the main idea. He then sent me the bilingual copy of the book.

I always believe that translation of prose is a very challenging task that requires of the translator the highest linguistic and cultural competences. There often does not exist one-to-one correspondence of word meanings in different languages, especially on the abstract level: a word in one language may have more or fewer semantic features than a supposedly corresponding word in another language and may have a completely different cultural connotation. Translating poems is certainly more demanding and definitely a very daring endeavor unless your desire to share is much stronger than your fear of curtailing the aesthetic values of your poems because what remains in translations is just the bare bones of thoughts not adorned by meter, diction, imagery, rhythm, and rhyme that help to create a mood ambiance that induces emotions ultimately culminating in culturally consensual validation of beauty.

In possession of the bilingual copy, I devoured the Vietnamese version where I found meticulous dictions with exoteric poetic imagery and a variety of prosodies befitting different moods. However, at the very same time I found some satisfaction in Phe’s Vietnamese version of the poems, I also suddenly realized that I almost missed the point completely in that I had in the first place attempted to look at his poems from a literary criticism view-point and stereotypically projected an image of what I wanted him to be instead of seeing him as he truly is. Phe did not seem to aspire to be a famous literary figure even though his literary skills leave nothing to be desired. That notwithstanding, his ubiquitous motto is, “Success does not mean being the best, but doing your best.” Apparently, he aspires simply to be a worthy human being and is eager to share his vision with others, specifically with youngsters. Rather, he is an idealist in action.

His vision of a worthy human being can be encapsulated in the poem “Thanksgiving for Life” in which I took the liberty to change a few words in English in the hope of being closer to his Vietnamese version and clarifying my observation:

This vision of a worthy human being is anchored first and foremost in the foundation of self-respect, respect and love for parents, for others, and for nature and of deep appreciation for life. This sort of respect, love, and appreciation is tempered with Buddhist compassion and Zen existentialism.

With utmost simplicity and transparence of words stripped of all deluded consciousness and judgmental evaluation throughout his poems, he reveals to the world flowers, mountains, birds, butterflies, trees, oceans and stars in their vibrant existence as if they had the breath of life, interacting lively with human beings. Nature and human life, in his poems, are intertwined and mingled harmoniously in an unblemished dance as to testify to the disappearance – in terms of discrimination against other entities — of human existence into an affirmation of an ontological reality composed of all elements of the universe that is.

With regard to attitude towards life, people tend to reminisce the past, worry about the future, and have no time for the present. Phe’s poems assert that all things past are in fact bygones and we cannot practically do anything about the past and the future is yet to come and will come, anyway; and that the only thing that exists and is real is the present. What we can do is take time and enjoy what the world has to offer: nature, love, care, respect, and togetherness in the “here and now.”

He nevertheless realizes that life is no rose garden: people lose their lives; parents, their children; and husbands, their wives, in hurricanes, tornadoes, diseases and illness and war, and that his country is still being pestered with hunger, slavery, corruption, and oppression after so much blood had been spilled and millions of lives lost for hundreds of years; he realizes that we do suffer, that we do cover our eyes in tears with both hands in hopes of alleviating the excruciating pain gnawing at our hearts. Yet, he firmly believes that death is sometimes necessary for life to occur [e.g. “Joy’s birthday”] and that it is righteous that we suffer; but if only do we know we have one another, compassion and love will heal the wounds and bridge the gaps caused by all human fallacies.
However, compassion and love do not come naturally. They result from character training, of which the ingredients are endurance, courage, faith, hope, reconciliation, social justice, peace, tolerance, forgiveness, dignity, human rights, and freedom, the very virtues epitomized by Nelson Mandela, whom he admires and believes to be an example for all.

I tend to think that Phe believes that equipped with the wisdom of compassion and acceptance of and respect for other human beings and nature, people can calmly and positively involve themselves in the necessary natural process of birth and rebirth until they become awakened and enlightened. This vision of his, he really likes to share with others, especially with youngsters whom he helps educate.

Phe X. Bach is the living reflection of the Bodhisattva in both his daily life and in his poetry. In life, he is an unassuming man. He meets with others socially: his face eager with anticipation to interact with them, his smile encouraging to others, and his hug a warm welcome to them.

When Phe lectures or teaches, his topic is often Buddhism. He lets others know about the basics of Buddhism, as well as the importance of leadership and the value of a lifelong education. Phe actively educates in his high school teaching job as well as in his guidance of young Buddhist students and in his lectures to adults in the community.

The poems you will discover in this book reflect the Phe I know in the world. He bases his life on the principles of Buddhism. He follows the example of Buddhist leaders in his everyday experience. He explains Buddhist principles to others, at their levels of understanding. He writes poetry based on Buddhism as well. Even the proceeds of this book go toward the furtherance of Buddhist practice and education.

The poetry reflects Phe’s background in the Vietnamese culture. Many poems describe aspects of his family and of his hometown in Vietnam. Several compare and contrast the virtues and the vices of both cultures. Phe particularly describes, with exquisite visual imagery in words, his impressions of the two cultures in which he has developed.

The poems reflect Phe’s encounters with himself within nature. Phe lets us picture his world through his words. We see the impermanence of floating clouds, the perfection of a dewdrop, the vision of the full moon. We see the forest in its unsullied natural condition and after humankind has left it less beautiful.

Phe shows us, through his poems, the worldview of the Bodhisattva: one who rejects the calm of nirvana in order to assist other people to discover Buddhism in this world. Phe particularly emphasizes his distaste of our societies, both East and West, as we toss garbage into our environment. He compares that to the way in which our corporate society treats individuals as garbage as well. His abhorrence of this practice is evident, which goes along with his personal development of karuna, or compassion.

At the same time, Phe is not exclusive in his attitude. To a Buddhist, he is a member of the sangha. To a Hindu, he is a householder yogi. To a Christian, he is a loving and compassionate individual. To a secular humanist, he is a sensitive man. People of any religious persuasion can read these poems. Only a few poems will be incomprehensible, due to their emphasis on more advanced Buddhism.

Enjoy these poems! They reveal in delicate, visual, and tactile imagery the simple but full life of a loving and compassionate man—a man who values family, nature, community, and a desire for unity with life’s source. By savoring these poems, you, too will appreciate your world more fully!

AFTER READING
PHE BACH’S POEMS
Fresh as words from heaven,
and spontaneous as voices from children
your poems are so cool to me
the guy who’s waited for nothing
and suddenly heard a nice song unforeseen 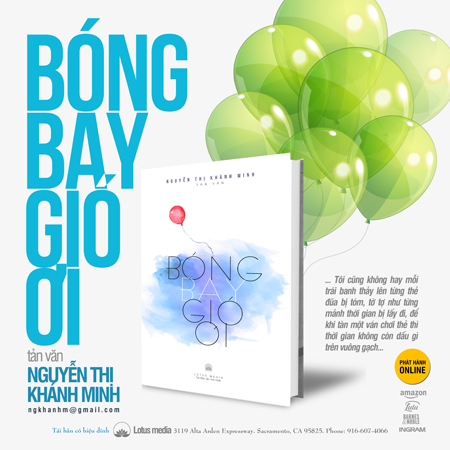